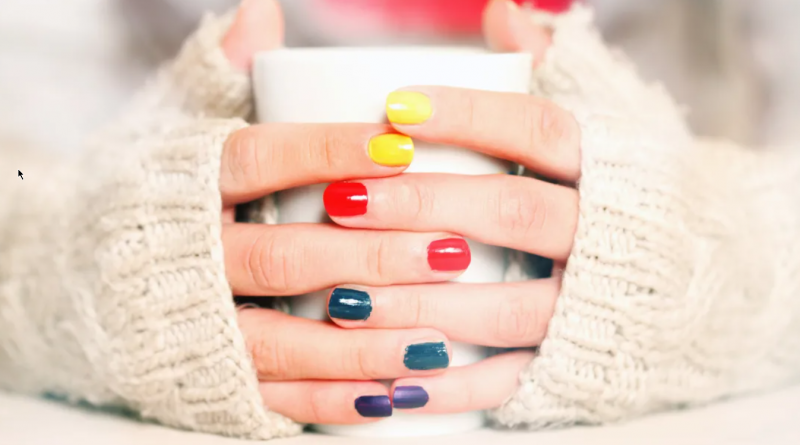 Whether there’s dirt beneath them or polish atop them, your fingernails serve more than just decorative purposes: They help keep your fingertips safe and have a multitude of special functions that even your doctor might not be aware of. “The nails occupy a unique space within dermatology and medicine in general, particularly because they are such a niche area about which few people have expertise,” Evan Rieder, assistant professor in the Ronald O. Perelman Department of Dermatology at NYU Langone Health, tells Mental Floss.

Along with skin and hair, nails are part of the body’s integumentary system, whose main function is to protect your body from damage and infection. Fingernails have four basic structures: the matrix, the nail plate, the nail bed, and the skin around the nail (including the cuticle).

Fingernail cells grow continuously from a little pocket at the root of the nail bed called the matrix. The pale, crescent-shaped lunula—derived from Latin for “little moon”—on the nail itself is the visible portion of the matrix. If the lunula is injured, the  nail won’t grow normally (a scarred lunula can result in a split nail), and changes in the lunula’s appearance can also be signs of a systemic disease.

Fingernail cells are made of a protein called keratin (same as your hair). As the keratin cells push out of the matrix, they become hard, flat and compact, eventually forming the hard surface of the nail known as the nail plate. Beneath that is the nail bed, which almost never sees the light of day except when there’s an injury or disease.about:blankSurrounding the matrix is the cuticle, the semi-circle of skin that has a tendency to peel away from the nail. The skin just underneath the distal end of the fingernail is called the hyponychium, and if you’ve ever trimmed your nails too short, you know this skin can be slightly more sensitive than the rest of the fingertip.

That’s about 3 to 4 millimeters per month. But they don’t always grow at the same speed: Fingernails grow more quickly during the day and in summer (this may be related to exposure to sunlight, which produces more nail-nourishing vitamin D). Nails on your bigger fingers also grow faster, and men‘s grow faster than women’s. The pinky fingernail grows the slowest of all the fingernails. According to the American Academy of Dermatology, if you lose a fingernail due to injury, it can take up to six months to grow back (while a toenail could take as much as a year and a half).

You’ve probably heard that your fingernails keep growing after death. The truth is, they don’t, according to the medical journal BMJ. What’s actually happening is that the skin around the base of the fingernails retracts because the body is no longer pumping fluids into the tissues, and that creates a kind of optical illusion that makes the nails appear longer.

4. ITS ESTIMATED THAT 20 TO 30 PERCENT OF PEOPLE BITE THEIR NAILS.

Scientists say it’s still unclear why, but they suspect nail-biters do it because they’re bored, frustrated, concentrating, or because it just feels comforting (and anxiety doesn’t seem to play a big role). Perfectionists who don’t like to be idle are very likely to have the habit. Biters expose themselves to the dangerous crud that collects underneath the nail: The hyponychium attracts bacteria, including E. coli, and ingesting that through nail-biting can lead to gastrointestinal problems down the line. Biting can also damage teeth and jaws.

Our primate ancestors had claws—which, like nails, are made of keratin. As human ancestors began using tools some 2.5 million years ago (or even earlier), evolutionary researchers believe that curved claws became a nuisance. To clutch and strike stone tools, our fingertips may have broadened, causing the claws to evolve into fingernails.

While the fingernail may be tough enough to protect tender flesh, it also has the paradoxical effect of increasing the sensitivity of the finger. It acts as a counterforce when the fingertip touches an object. “The finger is a particularly sensitive area because of very high density of nerve fibers,” Rieder says.

“One of the most interesting facts about fingernails is that they are often a marker for disease within the body,” Rieder says. Nail clubbing—an overcurvature of the nail plate and thickening of the skin around the nails—is a particularly significant sign of underlying illness, such as lung or heart disease, liver disease, or inflammatory bowel disease. Two-toned nails—whitish from the cuticle to the nail’s midpoint and pink, brown, or reddish in the distal half—can be a sign of kidney and liver disease. Nails that are two-thirds whitish to one-third normal can also be a sign of liver disease. However, little white marks on your nails, known as milk spots (or punctate leukonychia) are just the remnants of any kind of trauma to the nail, from slamming it in a door to chewing on it too fervently.

8. YOU CAN GET A COMMON SKIN DISEASE ON YOUR NAILS.

Psoriasis is “typically thought of as a skin disease, but is actually a skin, joint, and nail disease, and when severe, a marker of cardiovascular risk,” Rieder says. Psoriatic fingernails may have orange patches called oil spots, red lines known as splinter hemorrhages, lifting of the edges of the nails, and pits, “which look like a thumb tack was repeatedly and haphazardly pushed into the nails,” he says.

Doctors often prescribe topical or injected corticosteroids to treat psoriatic nails, but using lasers is an emerging and potentially more cost-effective technique. Rieder relies on a pulsed dye laser, which uses an organic dye mixed with a solvent as the medium to treat nail psoriasis, “which can be both medically and aesthetically bothersome,” he says. This laser is able to penetrate through the hard nail plate with minimal discomfort and “to treat targets of interest, in the case of psoriasis, blood vessels, and hyperactive skin,” Rieder says.

Painting and other forms of decorating nails have a history of offering social and aesthetic cues through variations in nail color, shape, and length, Rieder says. In fact, he adds, in some cultures ornate and well-decorated fingernails “serve as a proxy for social status.”

Five thousand years ago in China, men and women of the Ming Dynasty aristocracy grew their nails long and covered them with golden nail guards or bright home-made polishes. The long nails allegedly announced to the world their social rank and their freedom from performing menial labor.

10. A FORMER BEAUTICIAN HELD THE WORLD RECORD FOR THE LONGEST NAILS.

Lee Redmond of Utah started growing her nails in 1979 and kept at it until she held the world record for “longest fingernails on a pair of hands ever (female)” in 2008. Her right thumbnail was 2 feet, 11 inches and the collective length of all her nails was 28 feet, 4 inches. She also applied nail hardener daily and painted them a reflective gold. Unfortunately, she broke her nails in a 2009 car accident and has no plans to regrow them.

More recently, the man who holds the Guinness record for the “longest fingernails on a single hand—ever” chose to chop them off at Ripley’s Believe It Or Not! in New York City in July 2018. Shridhar Chillal of Pune, India started growing the nails of his left hand in 1952, when he was 14 years old. At last count, the total length measured 29 feet, 10.1 inches.

Today, biters don’t have to use their teeth to trim their nails. While the earliest tools for cutting nails were most likely sharp rocks, sand, and knives, the purpose-built nail clipper—though it might be more accurately called a circular nail file—was designed by a Boston, Massachusetts inventor named Valentine Fogerty and patented in 1875. The nail clippers we know today were the design of inventors Eugene Heim and Oelestin Matz, who were granted their patent for a clamp-style fingernail clipper in 1881. 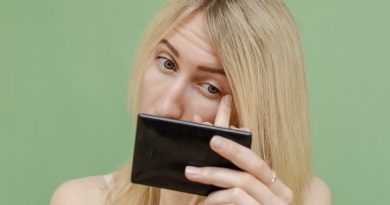 Collagen for Your Skin: Healthy or Hype?

8 People on the Acne Remedy That Finally Worked for Them

What Taking Collagen Can Do For Your Skin